TOPIC: A Christian Also in Appearance

SCRIPTURE: And, behold, there met him, a woman with the attire of an harlot, and subtil of heart. Proverbs 7:10.

THOUGHT FOR: It is unfortunate that we are a generation of people that market the flesh and advertise carnality instead of spirituality.

The Scripture makes it clear that we are created to be and live like Christ; we are to be conformed to His Image (Romans 8:29).

Now, as Christians, one area we should make a change to fit into the Nature of Christ is the area of our appearance as regards what we wear or how we dress. We should have a positive change of appearance to reflect modesty and decency upon becoming a born again Christian.

However, it is unfortunate that we are a generation of people that market the flesh and advertise carnality instead of spirituality.

If you do not know this, you will be deceived by some people who say that we live in an era of liberty and every form of dressing is acceptable, even as believers. That is a total lie!

In those days, when the missionaries brought Christianity to Africa, they did not need to advertise themselves before people knew they were godly people, even by their appearance. When they came, they brought a godly culture, a godly way of life, a decent way of dressing.

Today, the tragedy is that, many children of God have unconsciously joined the children of the devil to fulfil satan’s vision of leading people to hell by their way of dressing.

Beloved, determine to refuse to join unbelievers to commit sin; Let your appearance reveal the personality of your God and not the carnality of the devil. Be a Christian also in appearance.

Remember this: It is unfortunate that we are a generation of people that market the flesh and advertise carnality instead of spirituality.

ASSIGNMENTS:
1. Let your outward appearance reveal your God to your world.
2. Dress with decency and decorum.

PRAYER: Lord, I receive the grace to make my appearance reflect Your personality and dignity. I refuse to fall into the temptation of indecent and carnal dressing, Lord, in Jesus’ Name.

FOR FURTHER UNDERSTANDING, GET THIS MESSAGE: THE ESSENCE OF CHRISTIANITY.

QUOTE: Today, many members of the Body of Christ are competing with the world in seductive dressing, wrongly appropriating office funds and foul languages. Now people cannot tell who is who. Culled from “WHO ARE YOU?” by Dr Paul Enenche.

PROPHETIC WORD/DECLARATION: Receive the grace to function as a living representation of the Master in this world in Jesus’ Name. 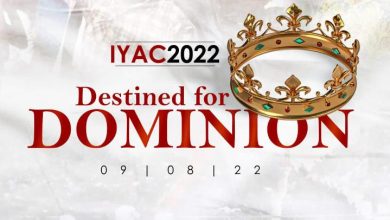