MEMORISE: And there went out another horse that was red: and power was given to him that sat thereon to take peace from the earth, and that they should kill one another: and there was given unto him a great sword.Revelation 6:4

4 And there went out another horse that was red: and power was given to him that sat thereon to take peace from the earth, and that they should kill one another: and there was given unto him a great sword.

Аfiter the Anti-Christ has arrived and has been crowned, the second seal will be opened. Now, remember that from yesterday’s study, we saw that the whole world was happy with their new leader who seemed to be a promoter of peace. However, when the second seal is opened they will see the true colour of their leader. He will provoke war. At that time all his diplomacy will be gone.

When ye therefore shall see the abomination of desolation spoken of by Daniel the prophet, stand in the holy place whose readeth, let him understand:) Marthe 24:15

The words of Daniel referred to by Jesus in the above passage are in Daniel 11:31:
And arms shall stand on his part, and they shall pollute the sanctuary of strength, and shall take away the daily sacrifice, and they shall place the abomination that maketh desolate.

The arms that will be on his part are represented by the man on the red horse that will be released when the second seal is opened. Now the Anti-Christ will have the military at his fingertips. Though he would have allowed the Israelites to rebuild their temple, he will sacrifice pigs on the altar of that temple. Anyone that knows Jewish law will know that Jews can never tolerate that. War will break out This will be the war of all wars. Some countries will support the Anti-Christ and some will be against him. I pity those who will be on earth at this time. The war will be terrible, so terrible that Jesus warned thus:
Then let them which be in Judaea flee into the mountains: Let him which is on the housetop not come down to take anything out of his house: Neither let him which is in the field return back to take his clothes. And woe unto them that are with child, and to them that give suck in those days! But pray ye that your flight be not in the winter, neither on the sabbath day: For then shall be great tribulation, such as was not since the beginning of the world to this time, no, nor ever shall be.
Matthew 24:16-21

I pray you will not miss the rapture, in Jesus’ name.

Ho, My Comrades! See The Signal

Ho, my comrades, see the signal, waving in the sky!
Reinforcements now appearing, victory is nigh.

Refrain:
“Hold the fort, for I am coming,” Jesus signals still;
Wave the answer back to heaven, “By Thy grace we will.”

2. See the mighty host advancing, Satan leading on,
Mighty ones around us falling, courage almost gone!

3. See the glorious banner waving, Hear the trumpet blow!
In our Leader’s Name we triumph over every foe.

4. Fierce and long the battle rages, but our help is near,
Onward comes our great Commander, cheer, my comrades, cheer! 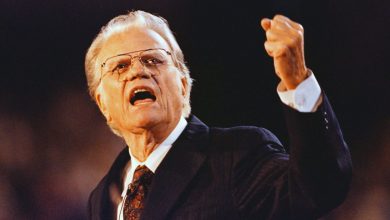