TOPIC:  Don’t Let the Devil Put One Over on You

When [the devil] speaketh a lie, he speaketh of his own: for he is a liar, and the father of it.

MESSAGE: Kenneth Copeland Devotional | 29th April 2022 — Don’t Let the Devil Put One Over on You

Some people find it difficult to believe God’s promises because they’ve seen so many things in the natural world that seem to contradict them. They’ve seen faithful tithers go broke. They’ve seen sick Christians fail to receive their healing.

In reality, it would be more accurate to say that they think they’ve seen those things. Because, you see, there’s a deceiver at work in the world. A deceiver who’s busily doing the same thing he’s been doing ever since the Garden of Eden: tricking mankind into believing God’s Word isn’t true.

And, after working on it for thousands of years, he’s a master at it. Think about that the next time he tries to make things look as though God’s Word is not going to work for you, when he makes it look like all hope is lost. Say, “I don’t care about appearances. I believe the Word and I refuse to doubt it.”

Let me show you what I mean. Have you ever seen a magic show where someone crawls inside a box and then is sawn in half? You can see it with your own two eyes. The guy’s feet are sticking out one end of the box and his head is poking out the other, and the box is plainly cut in two. Then the magician slides the two halves back together and the sawed-apart fellow jumps out of the box in one piece.

Now tell me, did you really believe, even for a moment, that fellow was truly cut in half? Of course not! You knew that you’d seen a trick, a deception, something that appeared one way when, in reality, it was a different way altogether. You may not have known how it was done. You may not have been able to explain it. But you knew a person couldn’t be sawn in half, then put back together, so you refused to believe your eyes.

That’s exactly the way you need to be where the Word of God is concerned. You need to learn to trust it and rely on it to such an extent that when Satan shows you something in the natural world that appears to contradict it, you just say, “Well, I saw that, but I’m not going to be gullible enough to believe it. I’m just going to stick with the Word.”

If you’ll do that, the father of lies will never be able to put one over on you.

Rhapsody Of Realities Devotional | May 19th, 2022 — Protect Your Heart With God’s Truth 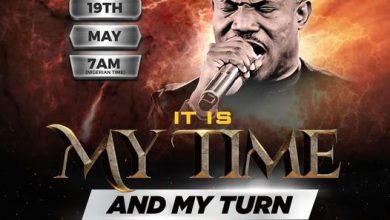