TOPIC: No Time for God?

THE KEY VERSE: “And the tale of the bricks, which they did make heretofore, ye shall lay upon them; ye shall not diminish ought thereof: for they are idle; therefore they cry, saying, Let us go and sacrifice to our God” (EXODUS 5:8).

Bill Gates, one of the richest men in the world, is known to be decidedly non-religious. In a televised interview in 1995, he said he believed in the values derived from religion, though not in the ritual itself. The following year, he drew worldwide criticism, especially from devoted Christians, when he told Time Magazine that he found organized religion a waste of time.

Pharaoh’s attitude and utterances in our text likewise show a complete disregard for God and His worship. When Moses told him to grant the Hebrews leave to enable them to go three days into the wilderness to worship God, he was furious. He concluded the people were idle and punished them for thinking of worship and religion. Pharaoh’s officers and taskmasters were given orders to increase the burden and tasks assigned to the Hebrew slaves. They were required to provide straw by themselves to make the bricks. When the Jews could not meet up with the required quantity of bricks, they were flogged mercilessly. Pharaoh’s response to the demand for the Jews to worship their God was intended to weaken Moses’ leadership of Israel at this time. It was also meant to break the will of the people and force them to submit to him instead of God.

Some organizations use higher pay on Sundays as an inducement to make Christians abandon church service to work for more money. We must resist those who think we worship God because we are idle.

Our devotion to God comes from the understanding that we are from Him and for Him; and at the end of everything, we will return to Him to give account.

THOUGHT FOR THE DAY:
Give God the best, not the rest. 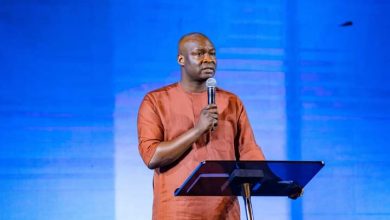