Read On this page today Andrew Wommack Devotional 22nd, March, 2022 Brought to you by Kingdom Sermons

TOPIC: About Those Scribes

And the scribes and the Pharisees watched him, whether he would heal on the sabbath day, that they might find an accusation against him.’

The scribes were copyists of the holy scriptures. They preserved in written form the oral law, and faithfully handed down the Hebrew scriptures. In New Testament times, they were students, interpreters, and teachers of the Old Testament. Their functions regarding the law were to teach it, develop it, and use it in any connection with the Sanhedrin and various local courts. They were ambitious for honor, which they demanded, especially from their pupils, as well as from the general public. This homage was readily granted them (Mt. 23:5-11).

Ezra was a scribe during the Babylonian captivity of the Jews, and he was a very godly man. The office of a scribe was a worthy one, but the scribes of Jesus’ day were often rebuked by Him for having gone beyond the job of copying out the scriptures. They had a large volume of interpretations that they had added to the scriptures based on traditions, and had thus made ‘the word of God of none effect’ (Mk. 7:13).

The scribes became an independent company of interpreters of the law and leaders of the people. Even they, themselves, sought to evade certain of their own precepts (Mt. 23:2-4). They clashed with Christ for He taught with authority and condemned the external formalism that they fostered (Mt. 7:28-29). They persecuted Peter and John (Acts 4:3-7) and had a part in Stephen’s martyrdom (Acts 6:12). However, although the majority opposed Christ, some did believe (Mt. 21:15).

Later on, we’ll read how Jesus exposed the hypocrisy of the scribes by dealing with issues of the heart. They appeared to be holy outwardly, but their hearts were far from God. It is important for us to keep our hearts tender and receptive to His Word, and give ourselves to Him in worship. Think about the good things he has done for you today and be thankful. 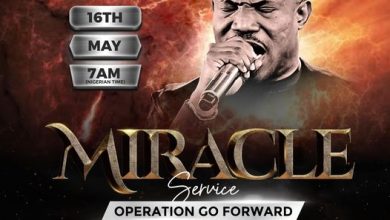